The emblematic silk scarf by Hermes undergoes a dramatic transformation once again after having launched its first edition " Carre d'artiste" in 2008 with "Homage to the Square" by Josef Albers. For its second edition, Hermes has collaborated with French conceptual artist Daniel Buren, known for his sculpure in the courtyard of the Palais Royal, in Paris " Les Deux Plateaux " also referred to as the Colonnes de Buren,  and for his installation of striped posters around Paris and in more than 100 metro stations. Now Buren has his bright bands of color on 36 square inches of hand-hemmed Hermes silk twill. The capsule collection is called " Photos-souvenirs au carre,"a limited edition of print scarves, inspired by the artist's random "photos-souvenirs," snapshots of nature or architectural details from his travels all over the world. A piece from Buren's edition will run around $6,800.

As a material, silk is hyperactive, soft, vibrant, and transparent. In a word, it's sensual. When it is animated by a human body, all its qualities become apparent, Burden says. 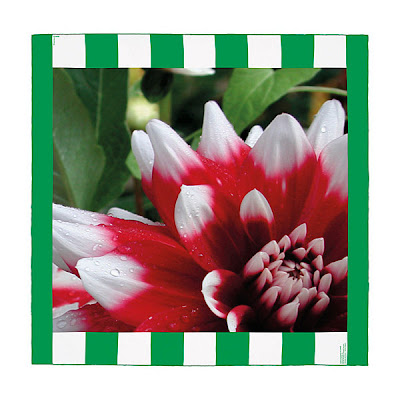 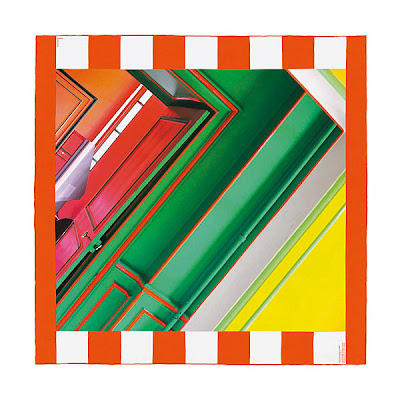 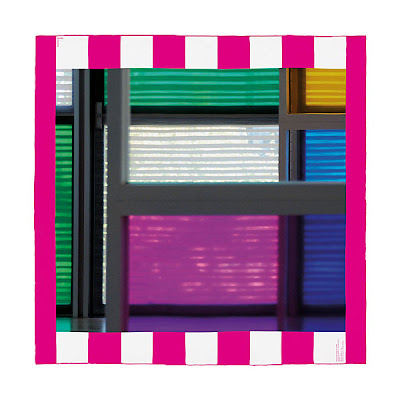 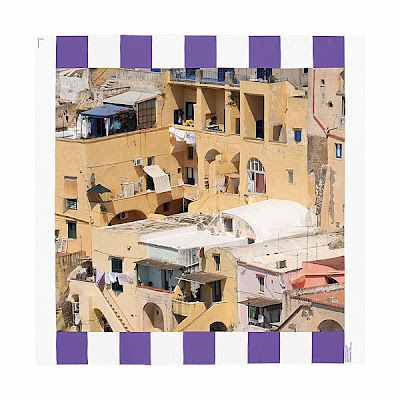 The artworks from ‘Photos-souvenirs au carré’ will be presented during the week of the Fiac in partnership with the Kamel Mennour gallery and La Monnaie de Paris, at La Monnaie de Paris – 11 quai de Conti – Paris 75006 from October 20th to November 7th 2010.