As you all know, Halloween is a holiday of costumes, pumpkins, wishes, ghosts, haunted houses and trick-or-treating. Today, dressing in costume is a very popular way to celebrate the spooky holiday, and the choice ranges from ghost and witch outfits to trendy costumes such as famous characters.

Marnie Weber is an American artist who lives and works in Los Angeles. Her work includes photography, sculpture, installations, film, video, and performances.
Much of Weber's visual art revolves around a recurring cast of characters. An animal often found in her work is the bear, which is linked to the Greek goddess Artemis. These characters, among others, are placed in "vividly colorful environment[s]", ornate, Empire style interiors or dark, dense, eerie landscapes. Her work most often focuses on the adventures of women, which sometimes take the form of half-human, half-animal hybrids with bodies cut from magazines, and other times, pale-faced, folksy ghosts known as "Spirit Girls." Working primarily with costumes, masks, and sets, she repurposes artifacts of the movie industry into a type of meta-tableaux vivant, or what she describes as suspended moments on a fabled stage set. "I try to use my costumes as stand-ins for actors [and] the films as stand-ins for landscapes," she says. "The sculptures are like subconscious equivalents of props." 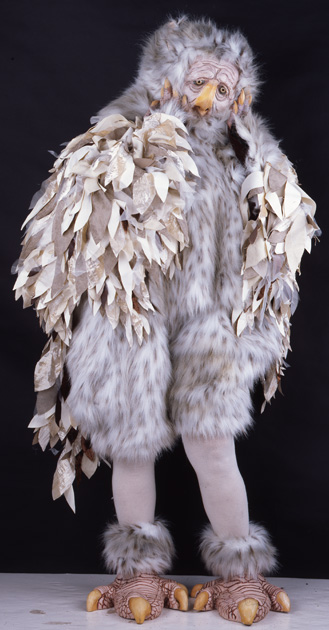 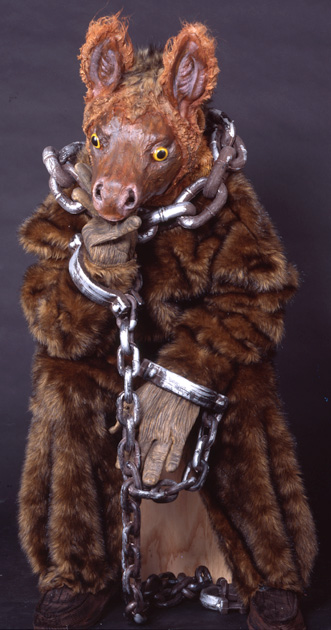 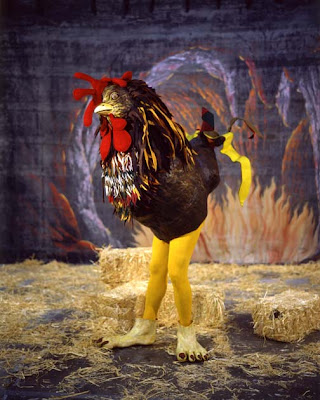 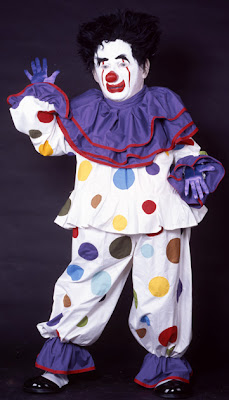 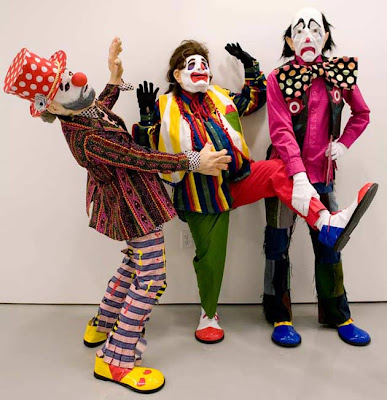 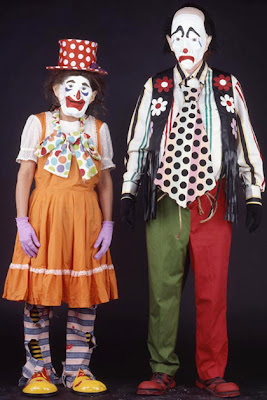 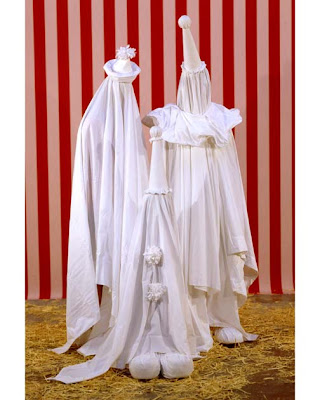 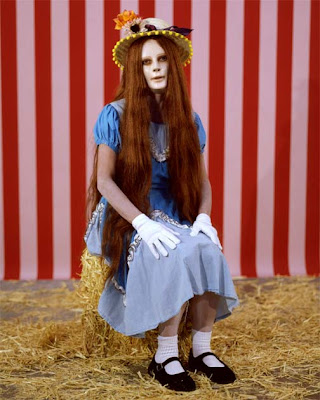 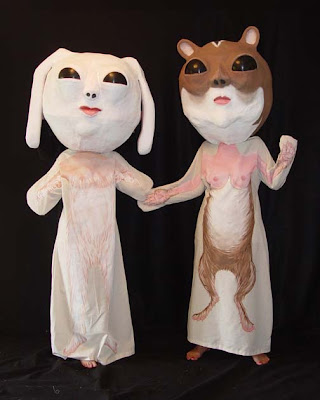 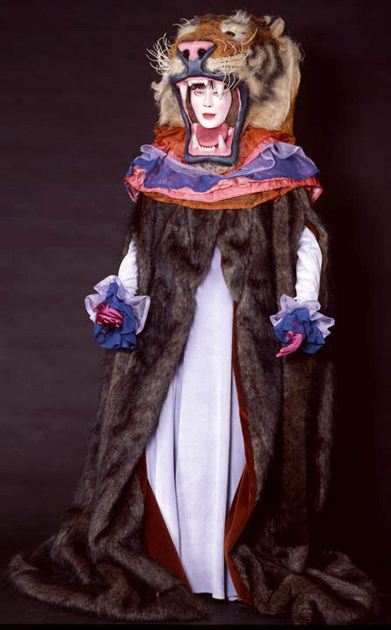 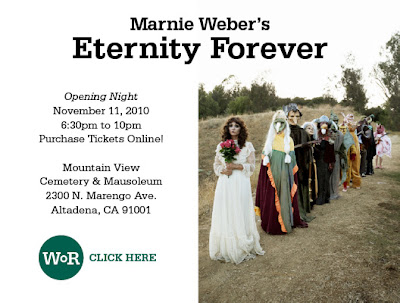 Photos courtesy Marnie Weber
Posted by Evelyne Politanoff at 9:00 AM