I am not sure if it's due to the fact that Valentine is coming up soon, but lately I have seen several illustrations posted all over the web.... I came across " Fashion Follies " from designer Chesley McLaren. I particular like this series because they are so girlish and have the look of being " un je ne sais quoi parisien et tres chic."
After she graduated from art school, Chesley created her first clothing collection which led her to Seventh Avenue as a designer. Ten years later she debuted her first couture collection "At The Circus" at the Carlyle Hotel, complete with a portfolio of illustrations. Finding the world not clamoring for her flirty French sailors, she was encouraged to show her illustrations.
Her francophile style has been seen everywhere: on scarves for DKNY and The Metropolitan Museum of Art, in the "Vive La France" campaign for Bloomingdale's, in her redesign of Saks Fifth Avenue children's department and the list goes on....

" Fashion Follies," a pictorial frolic of the masterful, theatrical and P.T. Barnums of our time. Chesley McLaren creates a valentine to the fashion world, the good, the bad and the incroyable! 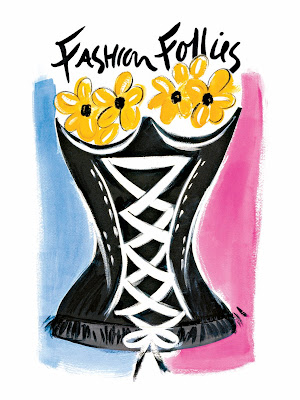 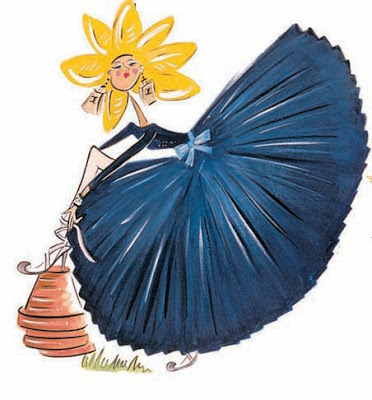 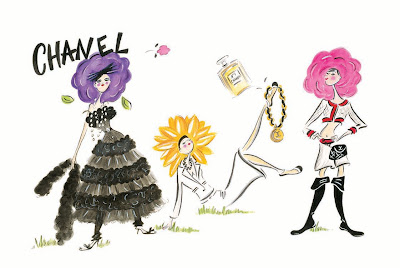 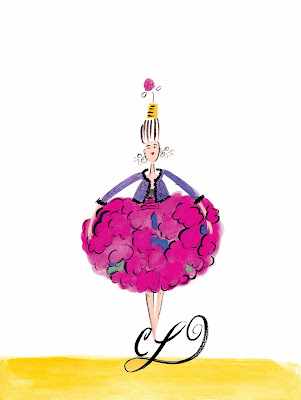 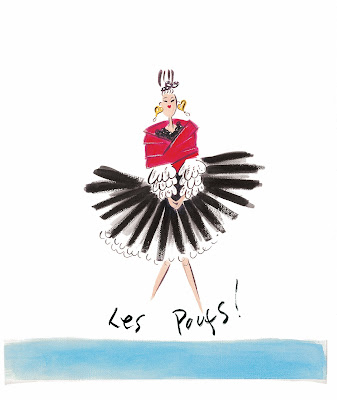 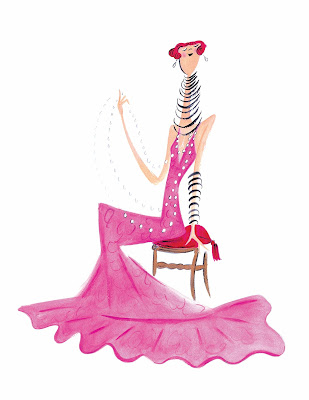 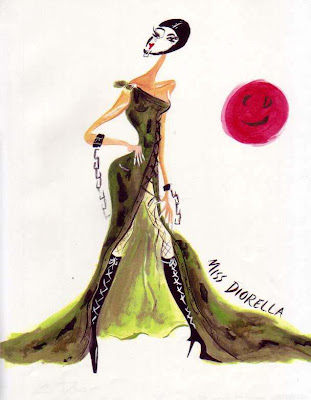 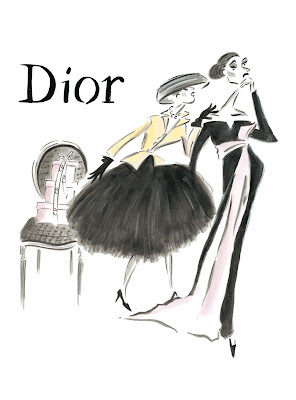 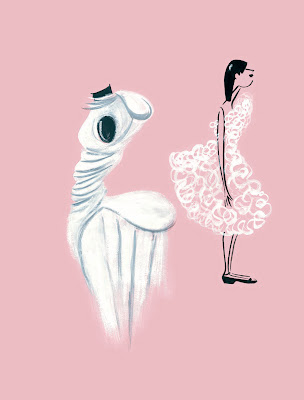 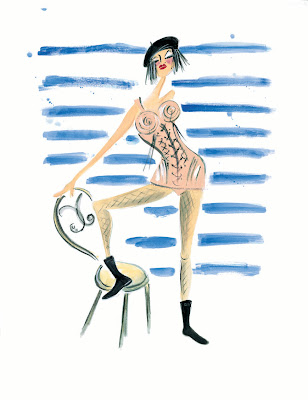