Guy Bourdin " In Between "

Bourdin was one of the best known photographers of fashion and advertising of the second half of the 20th century. He shared Helmut Newton's taste for controversy and stylization, but Bourdin's formal daring and the narrative power of his images exceeded the bounds of conventional advertising photography. Shattering expectations and questioning boundaries, he set the stage for a new kind of fashion photography. Bourdin worked for Vogue and Harper's Bazaar, and shot ad campaigns for Chanel, Issey Miyake, Emanuel Ungaro, Gianni Versace, Loewe, Charles Jourdan and many more ....
Since his death, Guy Bourdin has been hailed as one of the greatest fashion photographers of all time. His first retrospective exhibition was held at the Victoria and Albert Museum in London 2003, and then toured the National gallery of Victoria in Melbourne, and Jeu de Paume in Paris.


From his first provocative editorial feature in 1955, which pictured haute couture alongside butchered cow heads, Bourdin pushed fashion photography into then-uncharted territory with his volatile mixture of violence, sex and surrealism. In Between delves into Bourdin's career, charting the course of his artistic development from the 1950s to the 1980s via over 200 superbly printed black-and-white and color images. It also reassembles many original editorial layouts as they were first published, in magazines such as French Vogue, British Vogue and Harper's Bazaar, offering a new critical contexts for approaching his work-for Bourdin tailored his compositions to the constraints of the printed page, both conceptually and graphically, and the mirror motif famously central to his work finds its formal counterpart in the magazine spread.


" In Between "  celebrates a talent whose posthumous fame continues to grow and grow, a beautiful book to have. 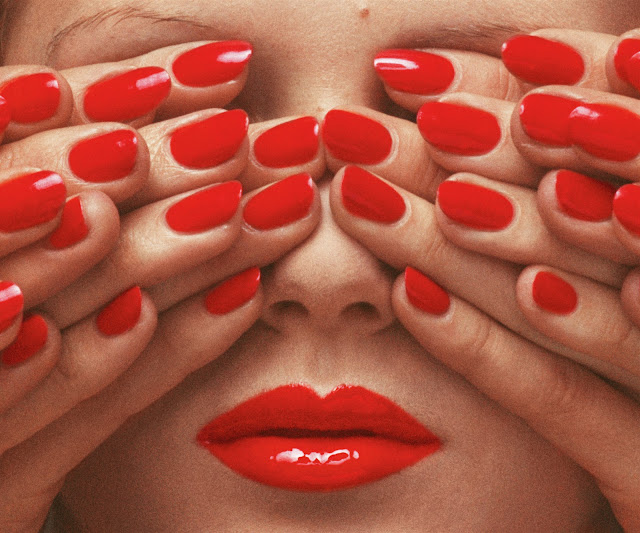 Excerpts from the book

All images courtesy of Steidl

Posted by Evelyne Politanoff at 6:44 AM