Stunning is the term that could be used to describe the work created by the Spanish artist Arturo Elena. With his technique and outstanding drawing skills, Elena has revolutionized the world of graphic illustration.
Arturo Elena began working in the 80's with the design team in charge of women's collections for a well-known fashion firm in Barcelona. Over the years, he developed his career in other cities such as Seville and Murcia among others, executing designs for both men's and women's collections.

Fascinated by Elena's unique style, Victorio & Lucchino have asked him to produce the press images for their collections and illustrate their campaigns. The self-taught artist has been doing their graphic images throughout his whole career.

Arturo Elena has also collaborated with designers and brands such as Loewe, Chanel Spain, Audemars Piguet, and Citroen to mention a few. His illustrations have also been featured in several publications such as Cosmopolitan, Elle, Telva and other international magazines.

Arturo Elena has received several awards and was recently invited by the Fashion Museum in Madrid, where he launched an exhibition dedicated to his 25 years as an illustrator, called "Arturo Elena: 25 years of illustration."


I had the pleasure of asking Arturo Elena a few questions.
What are your favorite designers?
I admire several, I could mention some names like Tom ford and Nicolas Ghesquiere or designers that have made history like Coco Chanel, Yves Saint Laurent and Balenciaga. In regard of firms, I love YSL, Prada and Gucci.


What is your major inspiration?
I have to say that I believe more in the hard work than in the inspiration. I don't have a particular source of inspiration and it also depends on the type of work that I have to deliver. I normally look at fashion photography, but not exclusively. Even daily activities can give me ideas to develop a piece of work, but like I have said before, it depends on the job requirements.


What is your latest project?
For the moment, I am working on a project for Audemars Piguet Watch company in Spain. It's taken a lot of effort and time as they required a high number of illustrations that are quite complex. Hopefully it will be finished in September. 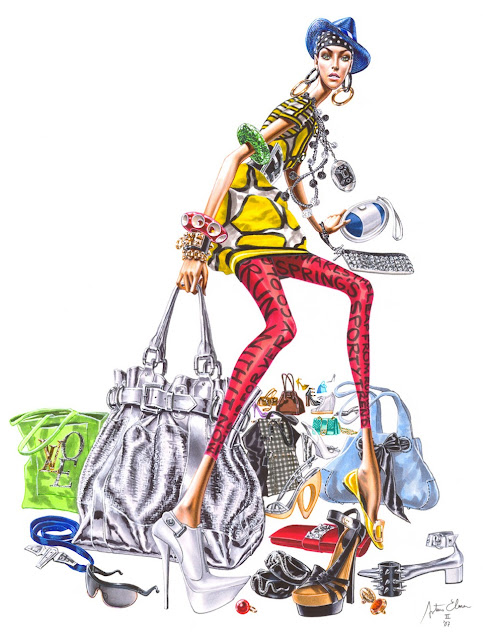 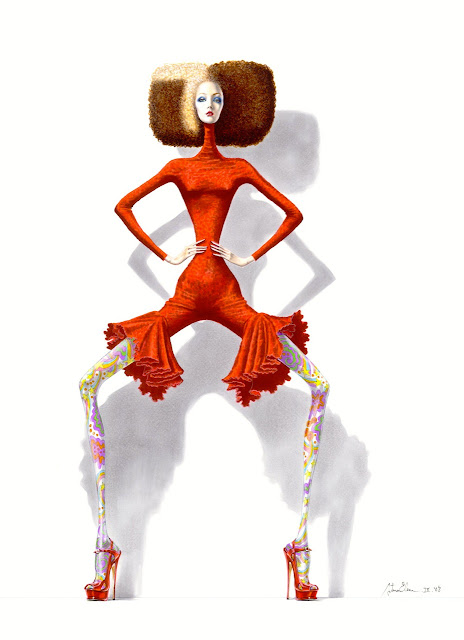 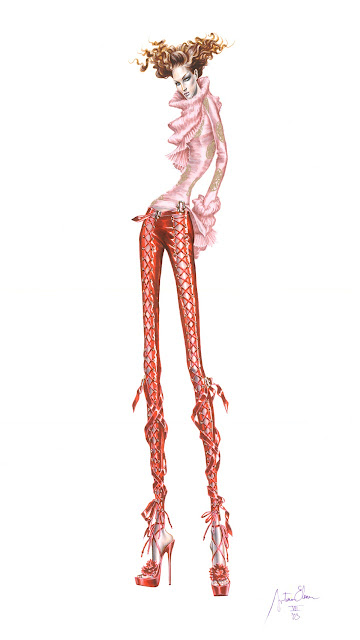 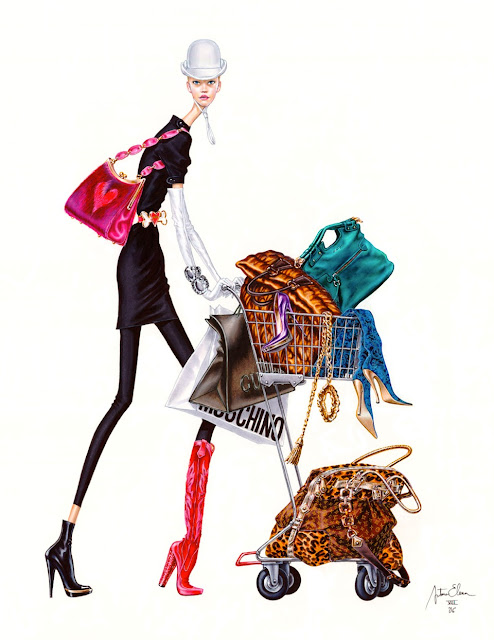 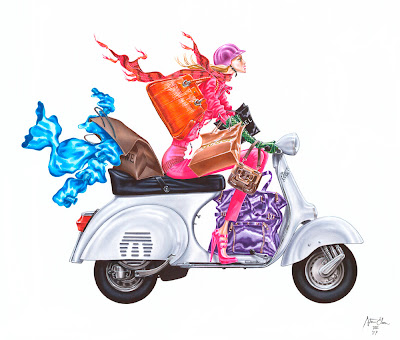 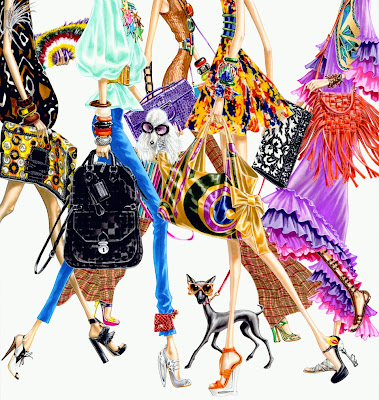 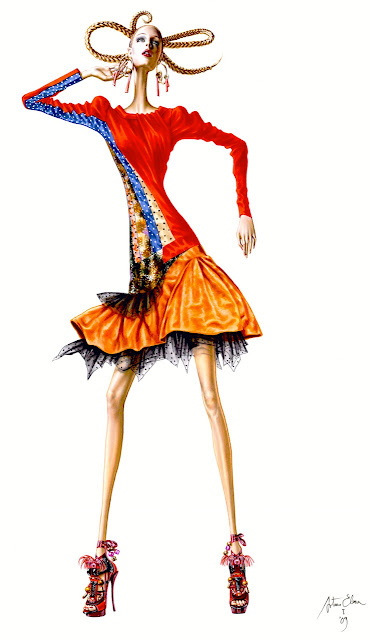 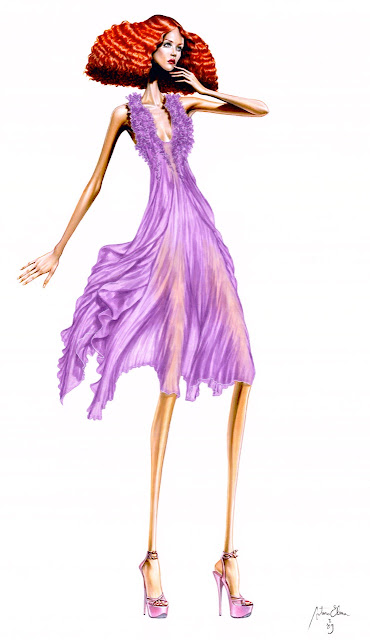 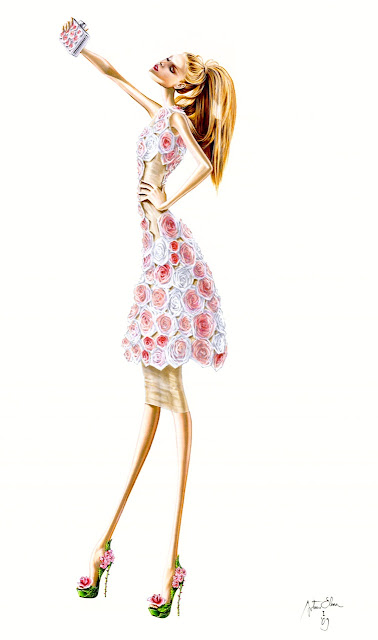 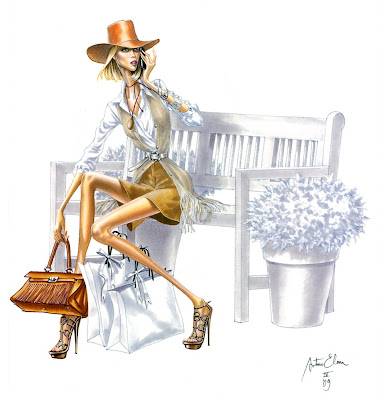 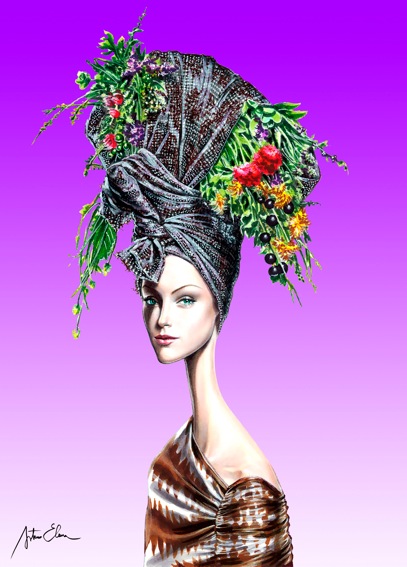 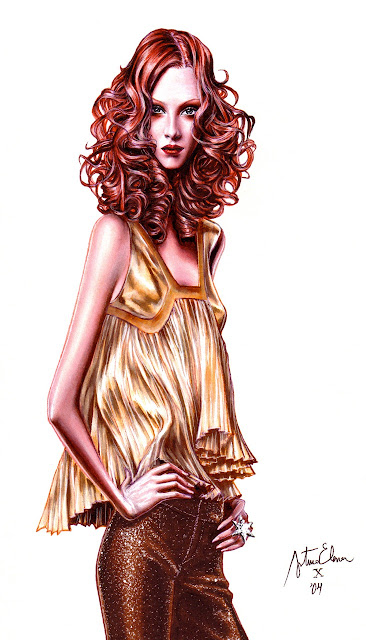 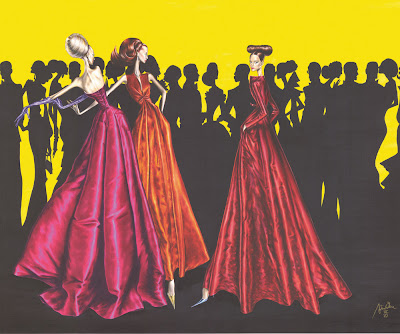 Posted by Evelyne Politanoff at 2:10 PM