Richard Prince:" de Kooning," a tribute to an artist

Best known for his cowboy photographs illustrating Marlboro advertising campaigns and for his "nurse" paintings, American artist Richard Prince's "de Kooning" series is a process of interaction with the canonic imagery of the Abstract Expressionist idol Willem de Kooning. The idea for these edgy Oedipal works came to Prince when he was looking through a catalogue of de Kooning's Women series. He started sketching over the paintings, applying fragments of male and female torsos, genitalia, thighs, and facial features, cut and pasted from catalogues and vintage porn magazines, as well as drawing with graphite and oil crayon, adding outlines, silhouettes and textures to the original figures that blur the distinction between de Kooning's imagery and Prince's own.
From these worked drawings evolved a series of paintings that are, similarly, montages of elements from de Kooning's original paintings with figures cut from printed matter. Both homage and desecration, the de Kooning paintings exemplify Prince's vision of a "Spiritual America," a historical consciousness fueled by a pervasive desire for rebellion and reinvention.
Born in 1949 in the Panama Canal Zone, Richard Prince lives and works in New York.

Richard Prince: de Kooning, an exhibition of paintings and works on paper is on view at Gagosian Gallery, Paris from March 30 to May 21, 2011. This show also coincides with "Richard Prince: American Prayer" at the Bibliotheque nationale de France.

It was time to pay homage to an artist I really like. Some people worship at the altar - I believe in de Kooning. ~Richard Prince 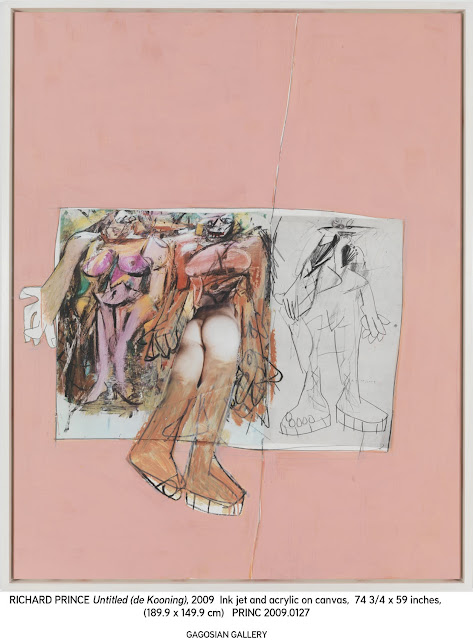 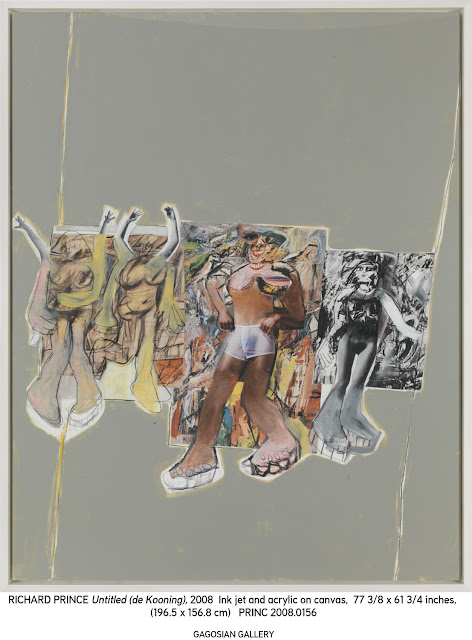 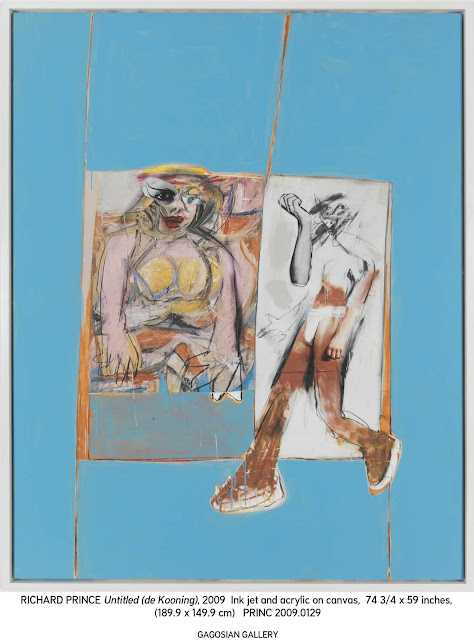 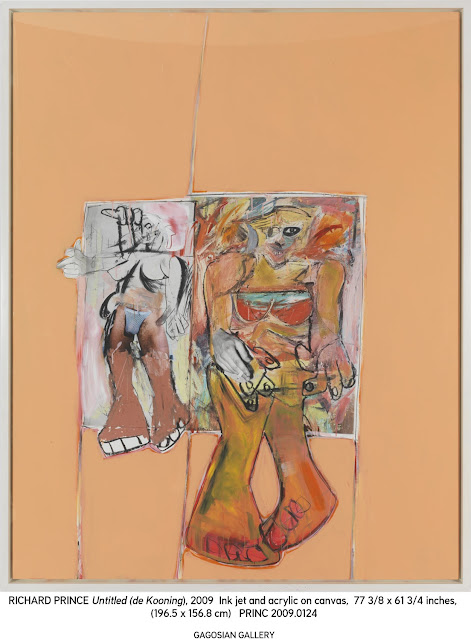 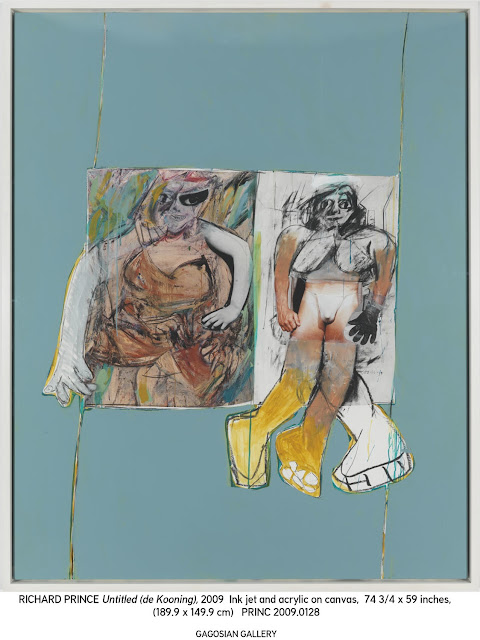 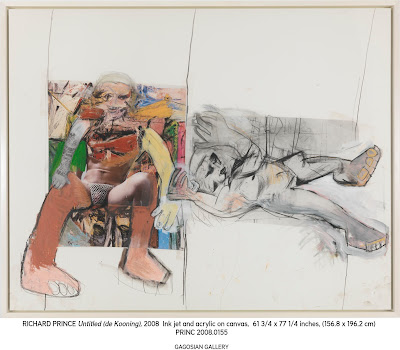 This post is also featured on The Daily Beast

Posted by Evelyne Politanoff at 7:54 AM