If you plan to spend the holidays in a big city, you might consider the Shangri-La Hotel in Paris. Set to open on December 17, the five-star hotel is part of the Shangri-La Hotels and Resorts group, one of the world's most respected hotel companies based in Hong Kong.
Built in 1896 as the private home of Emperor Napoleon Bonaparte's grand-nephew, Prince Roland Bonaparte, Shangri-La Paris dedicated four years to meticulously restore Bonaparte's Palais Iena to its original splendour. Today, the palace at 10 avenue d'Iena has once again become an address for Paris' chic and culture set, just as it was more than a century ago. Nestled in the refined , residential 16th arrondissement between the Place des Etats-Unis, Place d'Iena and the iconic Trocadero high on Chaillot Hill, the hotel is located across the Seine river and steps away from several museums. The restored landmark retains its residential heritage and offers 81 rooms including 27 suites, making it the most intimate of all Shangri-La Hotels worldwide. Imperial insignias and ornate monograms of Prince Roland Bonaparte, subtly integrated into the architecture, are complemented by Asian influence in the decor and ambience of the hotel. 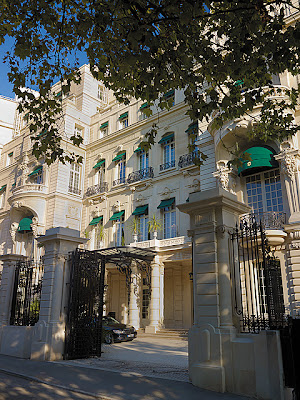 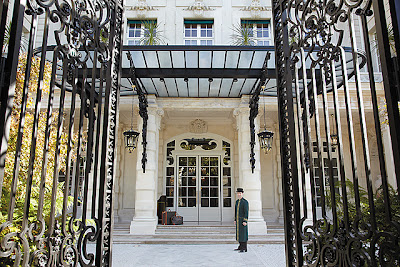 Architectural detail, a Ming Dynasty inspired vase in the entryway 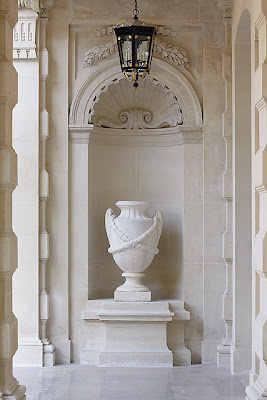 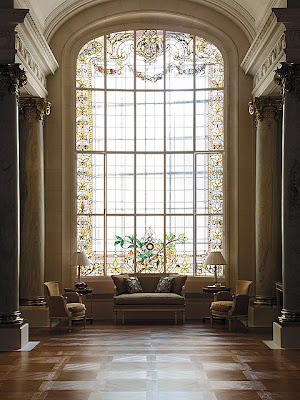 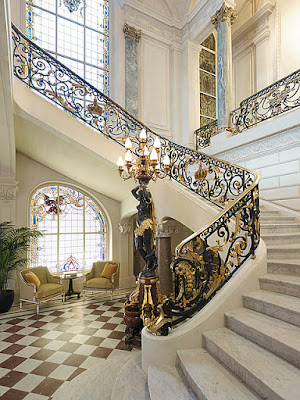 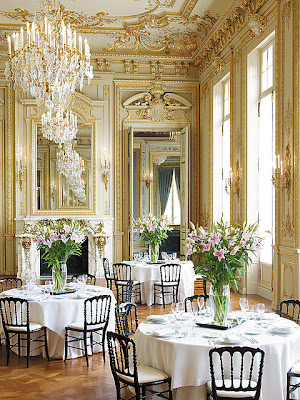 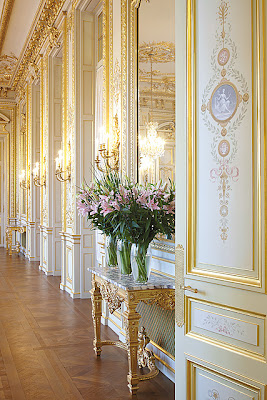 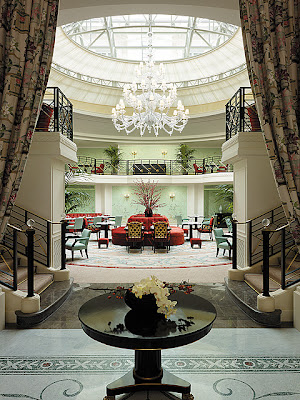 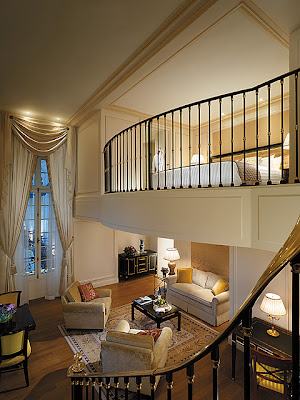 Luxury minimalist in the Penthouse Suite 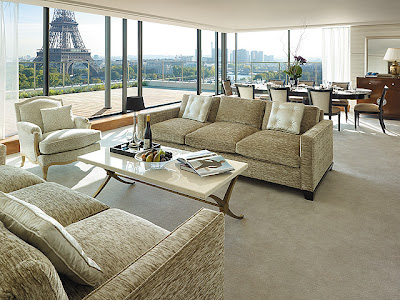 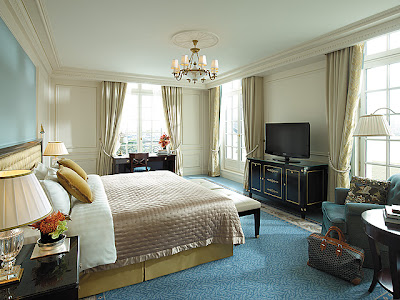 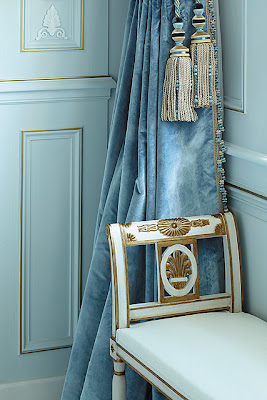 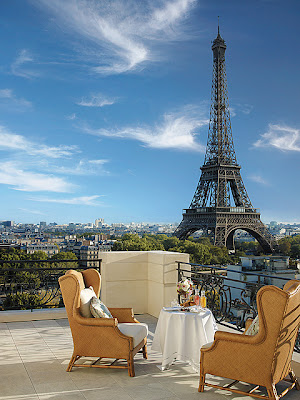 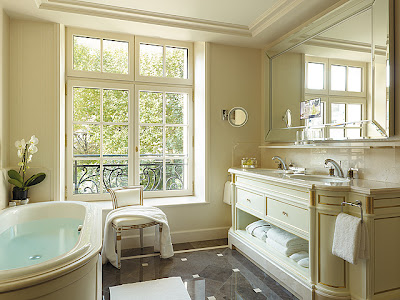 Posted by Evelyne Politanoff at 7:58 AM